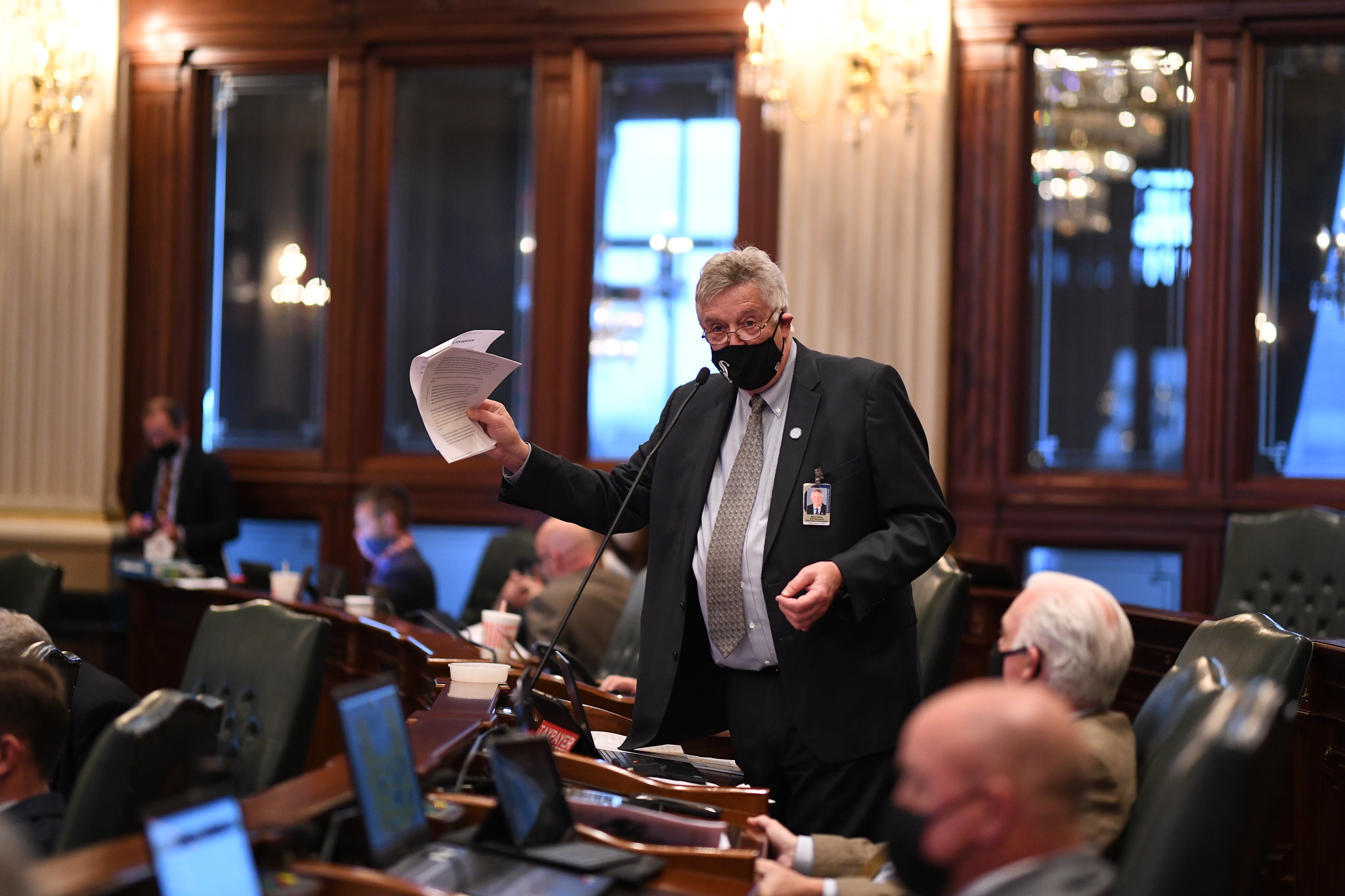 “In April, I was appointed to be a representative of the House Republican caucus on an “Agreed Bill Committee” which is a device used by labor and the business community during negotiations over the deficit in the Unemployment Insurance Trust Fund by which business and labor agree to not propose legislation dealing with tax increases or benefit cuts to the unemployment system until both sides have fully negotiated a settlement of the issue.

On May 17, the U.S. Department of the Treasury released guidance specifying that Illinois could use some of the over $8 billion it received in American Rescue Plan Act (ARPA) funds to bring the Fund to pre-pandemic levels, and many states did just that. The Governor committed a mere $100 million.

Interest began to accrue on Illinois $4.4 billion trust fund deficit on September 1, and as of November 1, the state accrued almost $9 million in interest, and that amount is growing by nearly $300,000 per day.

Just before veto session business and labor agreed to a 6-month extension to certain “speed bumps”, which are measures to maintain the integrity of the agreed-bill process by imposing pains and penalties on business and labor to keep them at the negotiating table. This will add an additional $73 million in interest on the debt, paid for by taxpayers out of General Revenue. The extension was passed during veto session as part of H.B. 594. I was one of the two “No” votes on that bill.

The Governor is slow-walking the state’s obligation to repay its debt to the Federal government with the hope that the Feds will turn around and forgive the debt without using ARPA funds to do so. Also, he’s not telling us if he’s using ARPA money to prop up programs funded by General Revenue that will then become part of the next budget year’s baseline.”

Reick went on to say that: “I’ve had private conversations with members on the other side of the aisle who agree with me but won’t go against the Governor. I could not in good conscience lend my support to a process which should have been completed months ago without additional cost to Illinois taxpayers. Since I have no say in the actual negotiations and my continued involvement with the Committee would imply my agreement with the outcome, I’ve sent a letter to the House Republican leader requesting my removal from the Agreed Bill Committee.”