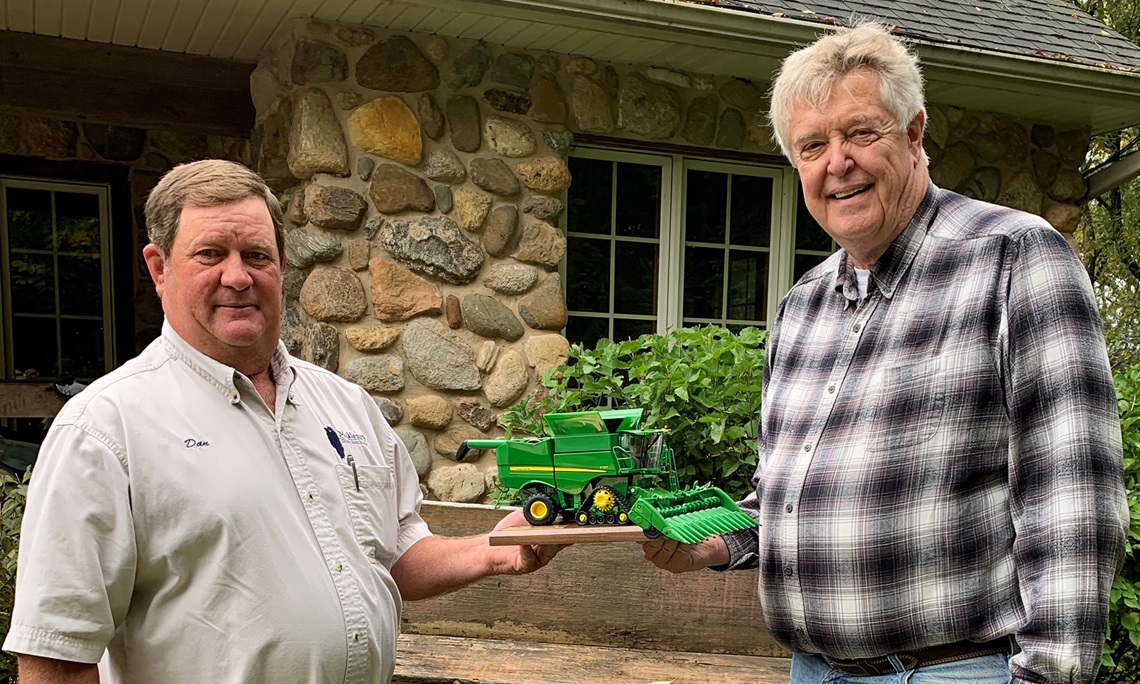 In recognition of his advocacy on behalf of Illinois’ farmers, State Representative Steve Reick (R-Woodstock) has been named a “Friend of Agriculture” by the Activator Program of the Illinois Farm Bureau. McHenry County Farm Bureau President Dan Ziller presented the award to Reick on September 27, and said Representative Reick earned a perfect 100% on the bureau’s legislative report card.

“I’m honored to receive this award from the Illinois Farm Bureau Activator,” said Reick. “Agriculture is a huge part of our local economy, and as a legislator, I’m committed to seeing that food production, from the farm to the table, is done in a safe and efficient manner. I’ll continue to work toward keeping Illinois the agricultural leader that it’s always been.”

The award is based on each legislator’s voting record in the 101st General Assembly on issues facing the farming community. There were 11 bills considered under this year’s voting criteria, including legislation on the minimum wage, the graduated income tax, and legislation affecting ethanol plants and the Department of Labor.

Legislators receiving this award recognize the far-reaching benefits of Illinois’ agricultural products and the important role farmers play in providing quality food, fiber and fuel for the state, nation, and world. In existence since 1912, the McHenry County Farm Bureau is the third-oldest farm bureau in Illinois, and one of the oldest bureaus of its kind in the United States. It is a non-profit organization that represents over 850 farming families in McHenry County.