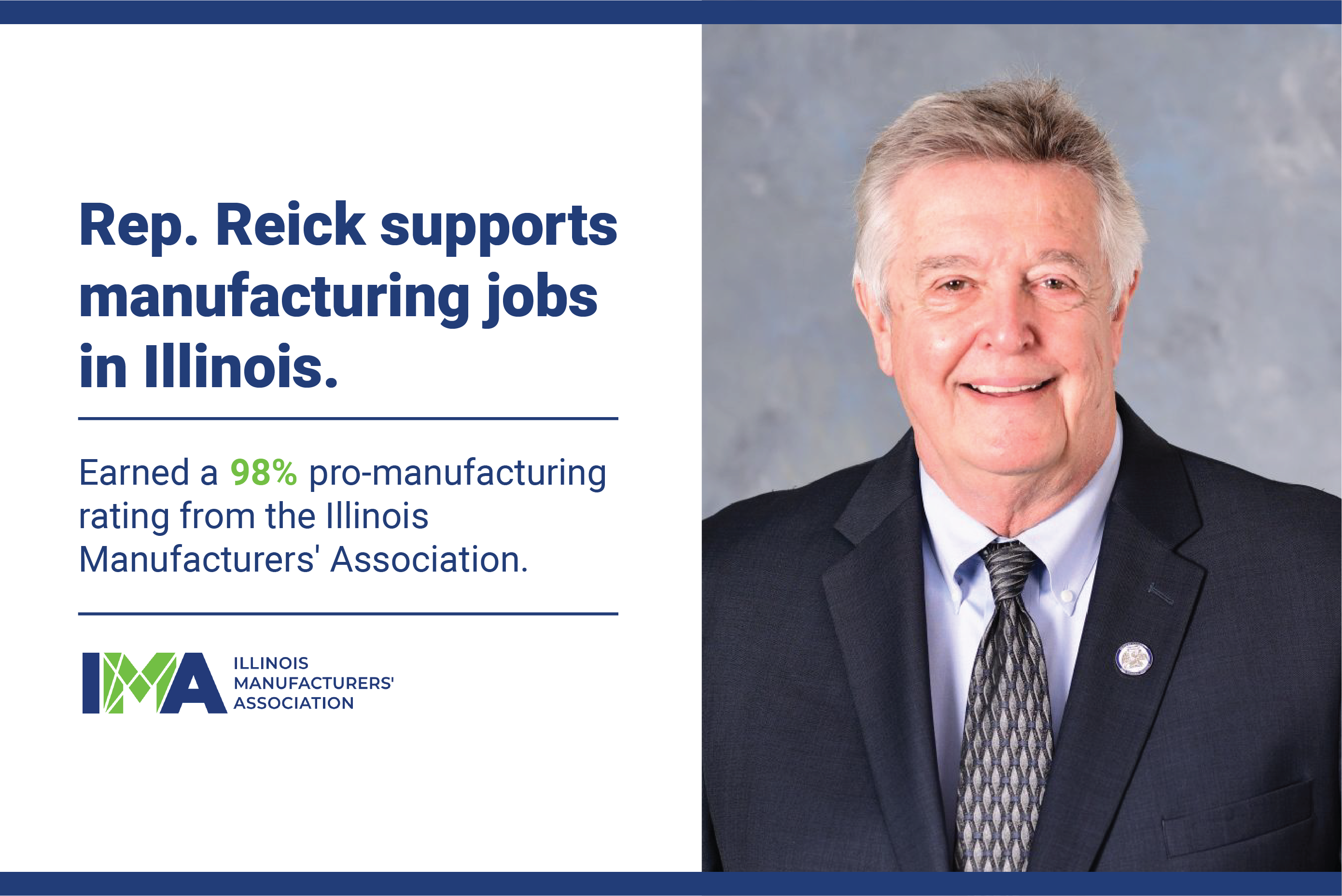 State Representative Steve Reick (R-Woodstock) has been named a “Champion of Manufacturing” by the Illinois Manufacturers’ Association (IMA) for votes he took in 2019-2020 that affect the manufacturing sector. Members of the General Assembly were scored on their votes on 34 different bills that were brought forward during the 101st General Assembly, and those receiving a score of 80% or higher received the award. Reick received an impressive 98% rating.

“After years of neglect and even hostility, it’s time for our state government to support the manufacturing and business community. Illinois’ economic climate depends on the success of these job creators,” said Reick. “It’s an honor to be recognized for my work to help manufacturing companies locate and grow in our state.”

Upon announcing the award recipients, IMA President & CEO Mark Denzler said, “Manufacturers have a champion in State Representative Steve Reick, who has consistently voted in support of local businesses and manufacturers in the 66th District.  He understands the need to balance a budget and helped pass important measures like the Manufacturers Purchase Credit and Research & Development credit to help attract good-paying manufacturing jobs across the state.”

The IMA is a not-for-profit trade association for Illinois manufacturers. Founded in 1893, it is the oldest and largest statewide manufacturing trade association in the United States. The IMA’s mission is to strengthen the economic, social, environmental and governmental conditions for manufacturing and allied enterprises in the state of Illinois, resulting in an enlarged business base and increased employment.