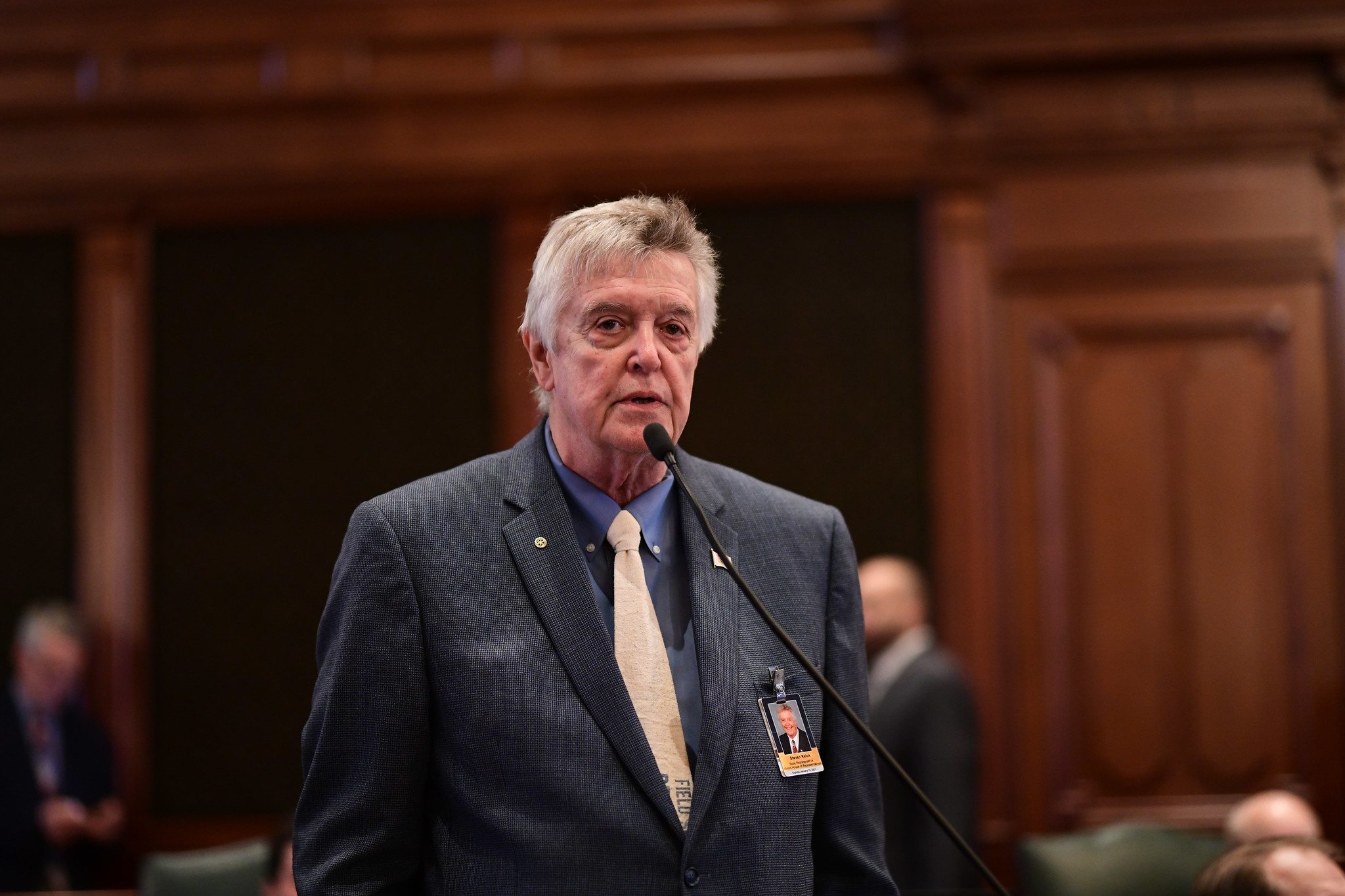 State Representative Steve Reick (R–Woodstock) has been named a Champion of Free Enterprise by the Illinois Chamber of Commerce after receiving a 95% rating for having made special contributions to the defense of free enterprise and the furtherance of economic opportunities for all Illinoisans.

“The House and Senate continue to pile ever more burdensome regulations and taxes on job creators, which stifles economic growth, shrinks our tax base, and grows our debt,” Rep. Reick said. “Businesses, especially small businesses, are the backbone of our economy here in McHenry County and throughout the State. Rather than adding to their burdens, State Government should do more to create an environment where they can thrive.”

The Illinois Chamber’s staff and Government Affairs Committee rated all of the members of the 101st General Assembly based on legislators’ votes on the key business legislation.

The Champion of Free Enterprise Award is given biennially to members with Illinois Chamber ratings averaging 85% or higher over the previous two General Assemblies and who have demonstrated their commitment to legislation that frees the entrepreneurial spirit. The votes in the Senate and House are selected based on their impact on the business community. None of the bills used in the report are weighted, as there was an adequate number of bills voted on during this General Assembly.

“As a businessman and tax attorney himself, Rep. Reick understands the struggles that job creators must face every day,” said Illinois Chamber President and CEO Todd Maisch.

“He knows that improving the lives of his constituents is directly related to improving their economic opportunity. We are thankful for his leadership on business issues and look forward to working with him to strengthen business in Illinois in the future.”

“It is our job to educate our members on the record of their representatives and hold them accountable for it,” said Illinois Chamber Vice President of Government Affairs Clark Kaericher. “We believe the Chamber’s legislative ratings are an effective tool in determining that accountability and commitment to economic growth.”