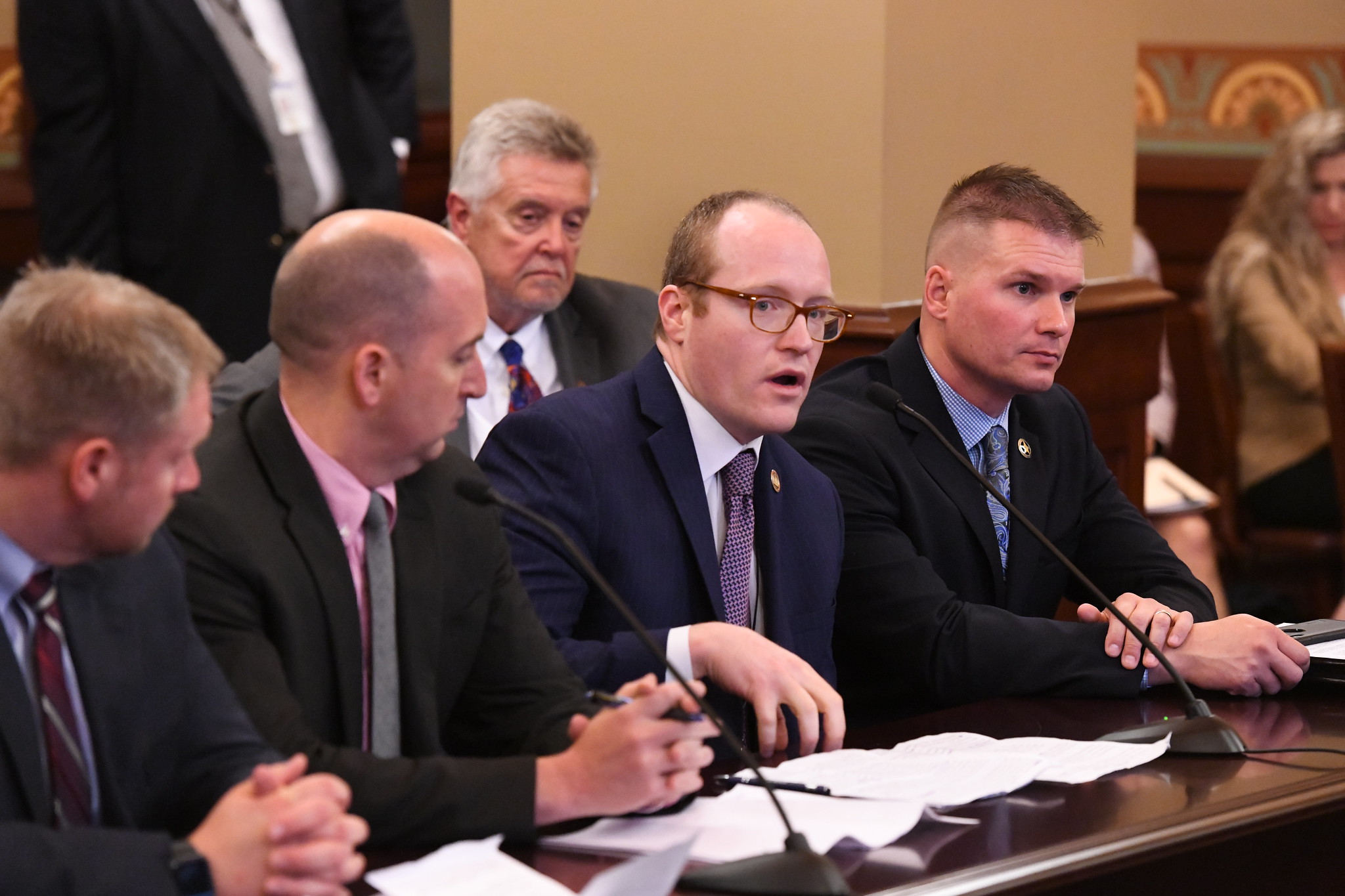 State Representative Steve Reick (R-Woodstock) was joined in Springfield on Tuesday by McHenry County State’s Attorney Patrick Kenneally and other States Attorneys from downstate counties for a subject matter hearing on legislation that would allow some Illinois counties to opt-out of the provisions of Illinois’ new Bail Reform Act.

The House of Representatives’ Judiciary Criminal Committee held the hearing to gather information about the bill, but because the hearing was subject matter only, no vote was taken to advance or reject the legislation.

“For larger initiatives such as this, a subject matter hearing is often the first step of the political process,” said Reick. “The processes used for pre-trial detainees is incredibly important, and therefore it should not be rushed. I appreciate the committee’s willingness to hear our information, and I appreciate that the McHenry County State’s Attorney made the trip so he could provide testimony based on his experiences with the Bail Reform Act.”

Reick filed HB 221 earlier this year, but was told the legislation would not move during the current session year. The bill would allow any county with a population of less than 3,000,000 to exempt itself from the provisions of the Bail Reform Act if the county board adopts a resolution for that purpose.

“The author of the Bail Reform Act was well-intentioned, but as this new law was implemented it became very clear that there is no “one-size-fits-all” solution to pre-trial justice reform,” Reick said. “Provisions that are working well in Cook County are actually having a negative effect in McHenry County and other suburban and downstate areas.”

Kenneally spoke about shortcomings in the new Act that have had unintended consequences in most areas outside of Cook County. He told committee members the provisions of the Bail Reform Act make it increasingly more difficult for his office to fight the opioid epidemic because it puts opioid abusers back onto the streets after they have detoxed in jail but before they have accessed services to address the addiction. “In McHenry County we have seen four deaths related to opioid abusers who left jail and ultimately overdosed and died,” he said.