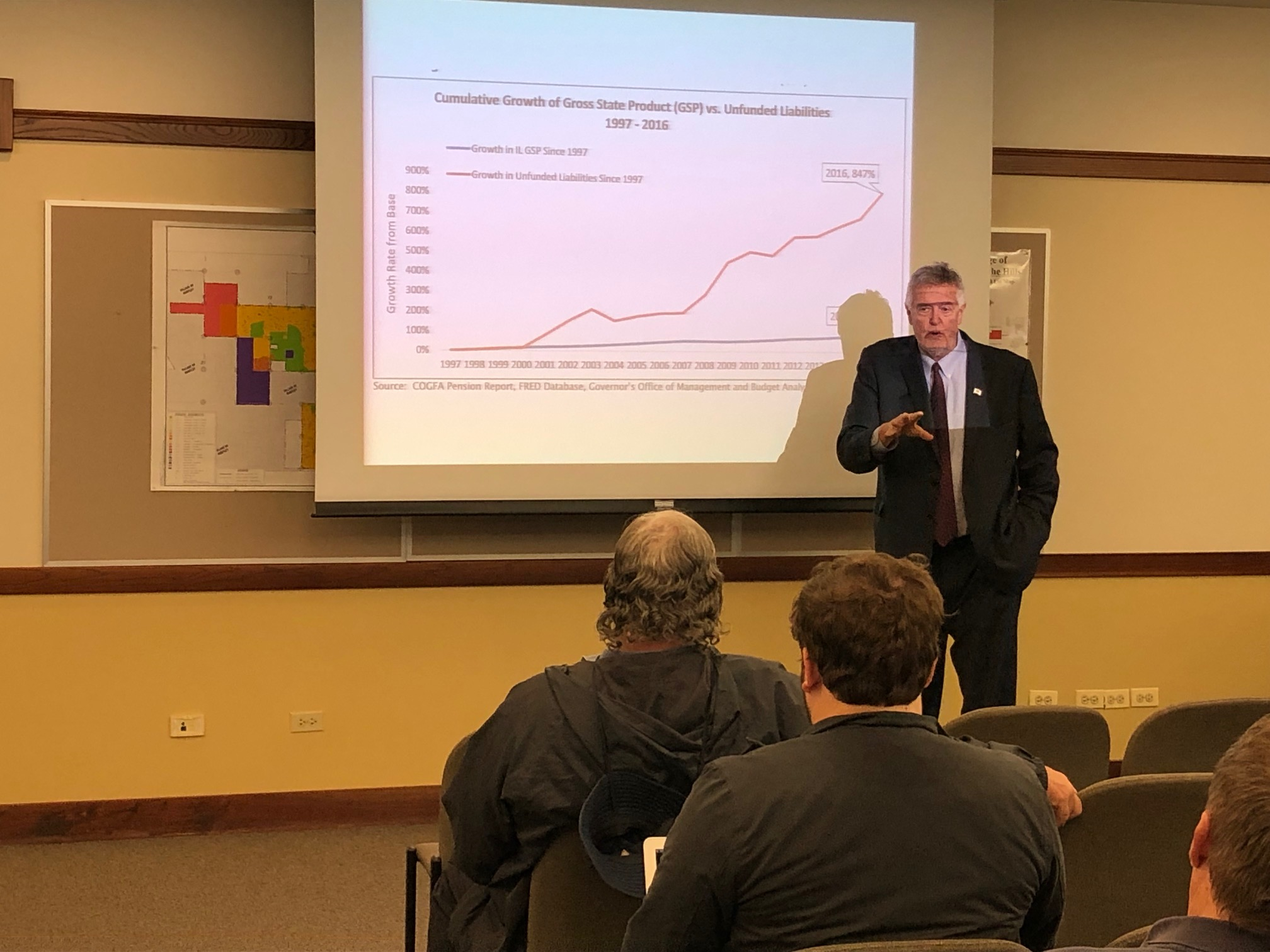 Four northwest suburban lawmakers drew a large crowd on Saturday, as they spoke with McHenry, Kane and Lake County residents about Governor JB Pritzker’s plan to remove the flat income tax guarantee from the Illinois Constitution in exchange for a graduated tax system. Pritzker’s proposal would result in a $3.4 billion tax hike on Illinois families and businesses.

State Representatives Steve Reick (R-Woodstock), Tom Weber (R-Lake Villa), Dan Ugaste (R-Geneva) and Allen Skillicorn (R- East Dundee) hosted the town hall meeting at the Lake in the Hills Village Hall. They were joined by tax expert Andrew Nelms, the Illinois Director of Americans for Prosperity. Following a short presentation about Illinois’ financial history and how graduated income tax systems in other states have failed, the group fielded questions from the audience.

“I think the biggest takeaway from Saturday’s public forum is that this proposal to change the Constitution of Illinois is not about setting new specific tax rates,” said Reick. “The proposal being pushed by JB Pritzker is to remove the flat tax guarantee from the Constitution. Once that protection is gone, lawmakers would no longer be bound by a flat tax, and rates could be increased at the whim of the General Assembly. Should this proposal make it to the ballot, I would urge people to think long and hard about whether politicians can be trusted to set reasonable tax rates and to limit spending to align with those rates.”

The graduated income tax proposal will take center stage as legislators return to Springfield on Tuesday, April 30 for the final five weeks of the spring legislative session.