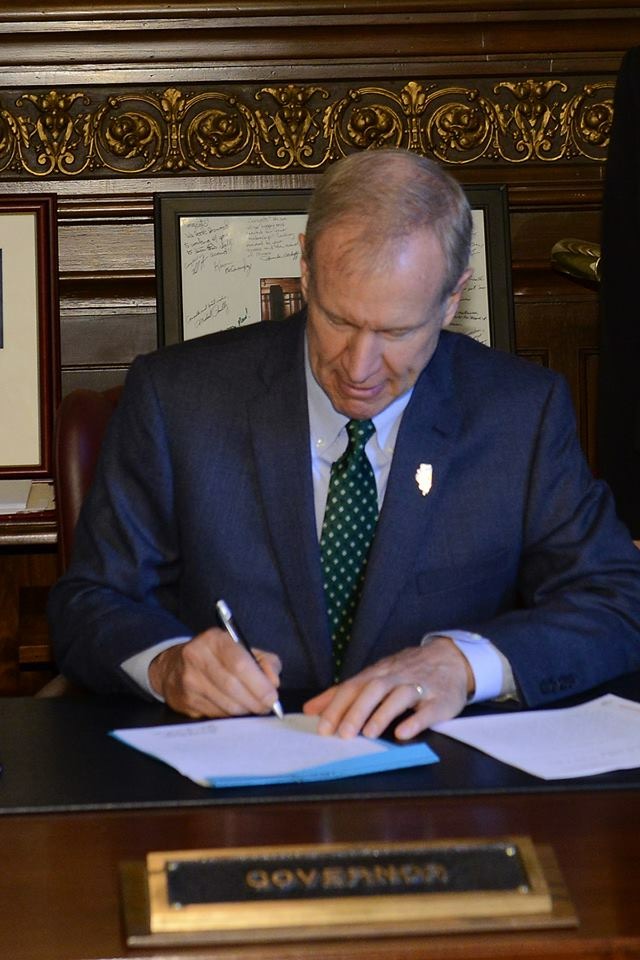 Legislation authored by State Representative Steve Reick (R-Woodstock) that strengthens protections for military personnel who are called to relocate in the course of their active duty was signed into law this week by Governor Bruce Rauner. With the signing, the bill becomes Reick’s first bill to become Illinois law.

HB 2449, signed on August 22 as Public Act 100-0264, allows servicemen and women to terminate or suspend certain contractual services, such as Internet, television and cable service, without penalty. The bill also provides that a returning member of the military may reinstate the original provisions of contracts upon the completion of their service.

“We have an existing Illinois Service Member Civil Relief Act, but the Act did not provide protections in all contractual service areas,” said Reick. “These servicemen and women have answered a call to serve and at times they are asked to relocate with very little notice. The least we can do is ensure that their service does not lead to diminished credit ratings due to non-payment of bills tied to services they are not using back home.”

Specifically, HB 2449 provides that any service member, at any time after receiving military orders to relocate for a period of service of at least 90 days, may terminate or suspend contracts for Internet services, television and cable services, athletic club or gym memberships or satellite radio services. Notice of the intent to terminate or suspend a contract may be delivered in writing or by email, and is effective on the day notice is given.

The bill was passed unanimously by both the House and the Senate.